Light requirements of salmon and lighting of salmon cages.

The use of artificial light is considered a necessity to reduce or eliminate early sexual maturation in farmed salmon. Lighting throughout the winter will gradually reduce the incidence of sexual maturation the following summer, and it has been shown that only some additional light is needed in the dark season to achieve an effect.

As an example, it has been shown that artificial light at night through winter to spring has reduced the incidence of sexual maturation from 61.5% with natural light to 6.5% in salmon. In a later study, the use of submerged LED lights in the period January–June showed that the occurrence of sexual maturation in large salmon in cages was virtually eliminated, while only natural light showed 0–13.7% sexually mature fish. It was also found that high brightness that exceeds natural light during January–June also led to increased growth and swimming activity at night. It was concluded that LED lights will be able to fully replace the hitherto dominant metal halide lights when sufficient brightness is maintained. 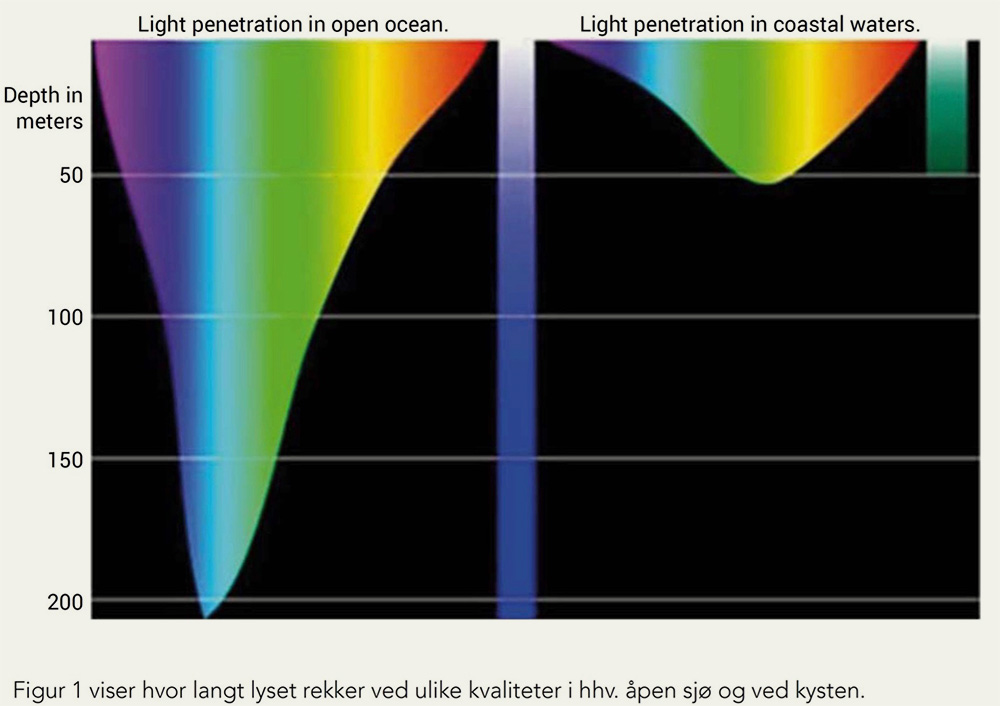 Figure 1 shows how far the light reaches with different qualities in open sea and on the coast.

How can we
help you

Innovative solutions for a changing market
– on land and water.

The necessary brightness to prevent sexual maturation in salmon is indicated to be 0.012–0.016 W/m2 which corresponds to 10–12 lux (green light, wavelength 555 nm). This limit value probably depends on a number of factors (Frode Oppedal, pers. med.): the natural light during the day, as the difference between day and night must be sufficient (also depends on the season), and not least the amount of biomass between the light and the fish. In a study at HI, it was found that light intensity, light color and turbidity were halved 3 m from the light source at normal fish density. In practice, this means that 1–2 m of fish halve the light intensity as fish avoid swimming too close to the light source; typically the fish stands approx. 2 m away from a 400 W lamp (Frode Oppedal, pers. med.).

In a test at HI’s station at Austevoll with high plankton density/reduced light penetration in the cages and no fish present, the brightness was approx. 10 lux at 20 m and 10 m distance from LED lamps with resp. 2500 W and 600 W (NF, 2020). Under normal conditions with smaller amounts of plankton in the sea, the necessary brightness to achieve the desired effect on salmon can be achieved at a much greater distance from the lamps, unless there are salmon present between the lamp and where it swims.

Light that exposes salmon from above (the pineal window) and horizontally (the eye) will affect the hormonal system and genes that regulate growth and sexual maturation. This probably means in practice that the lights are most effective when they shine from the upper side or horizontally towards the fish (on large fish, the horizontal light angle can be most important, Frode Oppedal, pers. med.). Light from the underside can also have an impact by reflecting light from the belly of fish standing above.

When it comes to brightness and growth in salmon, there is thus a positive correlation, while other studies have shown little effect of increasing brightness on the growth rate. Philips Lightning Aquaculture claims that a 10% increased growth rate and 10% better feed utilization has been shown in commercial cage systems when using LED lights. Taranger et al. (u.å.) refer to previous studies with increasing growth rate with increasing light intensity. Despite some contradictory findings regarding light and growth in salmon, weak light (0.03-0.04 lux) which prevents the fish’s feed intake will have a negative effect. The measurements show that there is different light permeability in water out on the coast and in the fjords as a result of turbidity/water quality (Figure 1). The water quality you have inside a cage will vary with the season, algae blooms and a number of other factors. If the water quality is most similar to fjord water, it can look like green light, which is the most favorable for making the light reach as far as possible. 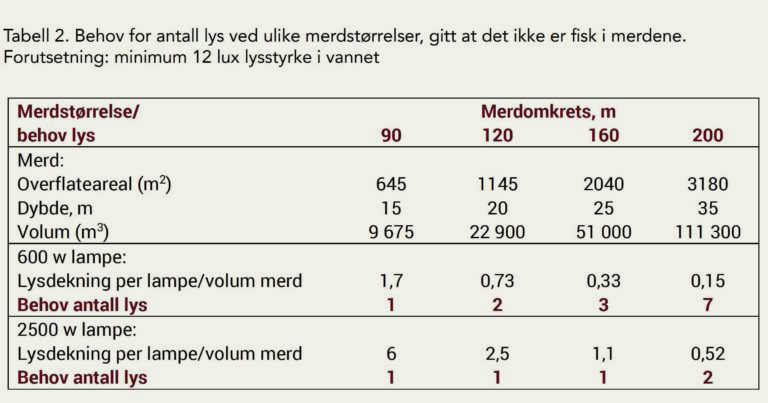 In table 1, theoretical calculations of light coverage have been made and table 2 shows the need for the number of lights for different cage sizes, given that there are no fish in the cages. The calculations are only theoretical calculations based on previous measurements of brightness in terms of the range of the light and calculated water volume. Effects of reduced light transmission in the water due to increased algae density/turbidity are also included in the calculations, but not attenuation of varying biomass and at what distance the various individual fish swim. Based on the calculated light coverage per light in the water, the theoretical number of lights needed to achieve sufficient brightness in the entire cage volume is estimated. As table 2 shows, the calculated need for the number of lamps in cages with a circumference of 90 to 200 m is: 1–7 lamps of 600 W and 1–2 lamps of 2500 W lamps per cage.

In the article, Dr. Asbjørn Bergheim, research manager at Bio Marine, presents an overview of available knowledge and practical experiences with the use of LED lights and recommended lighting in large cages that effectively contribute to a good production result. A large part of the knowledge on which the article is based is based on published studies carried out at the Institute of Marine Research (HI). 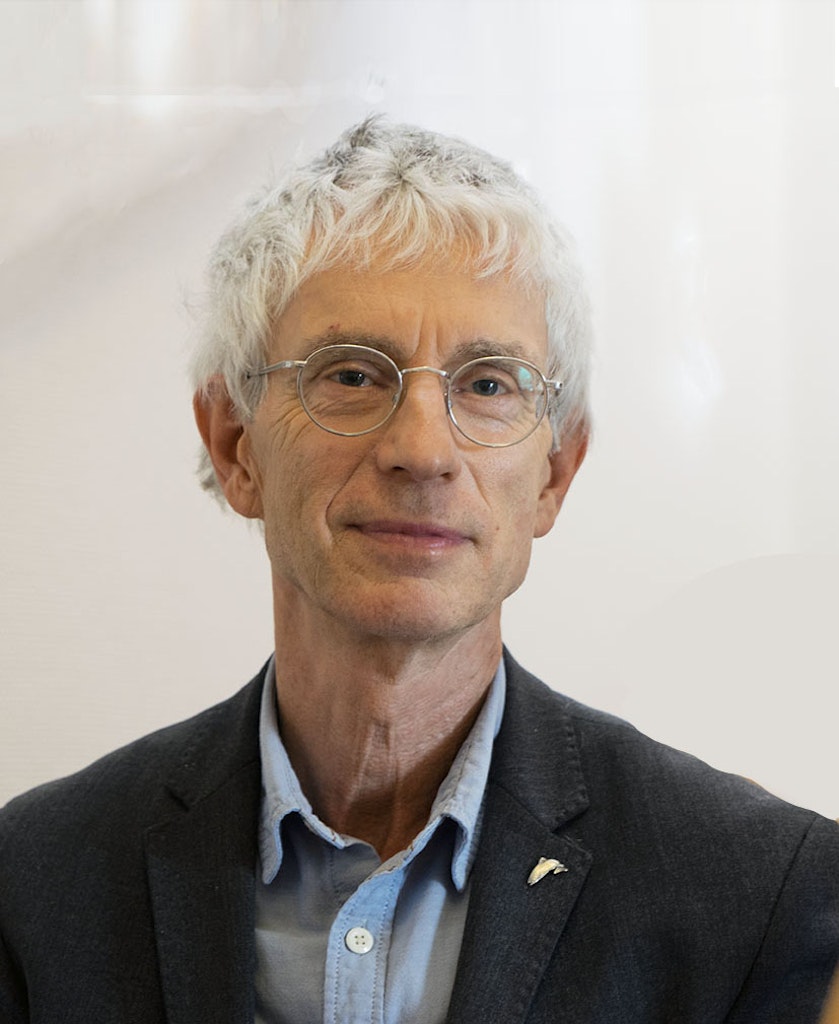 Redox’s subsidiary Bio Marine AS has extensive experience and solid expertise in the use and design of systems that ensure a good environment and safety for farmed fish, with particular emphasis on oxygen access, water circulation, environmental monitoring and lighting.

Find out more
about light? 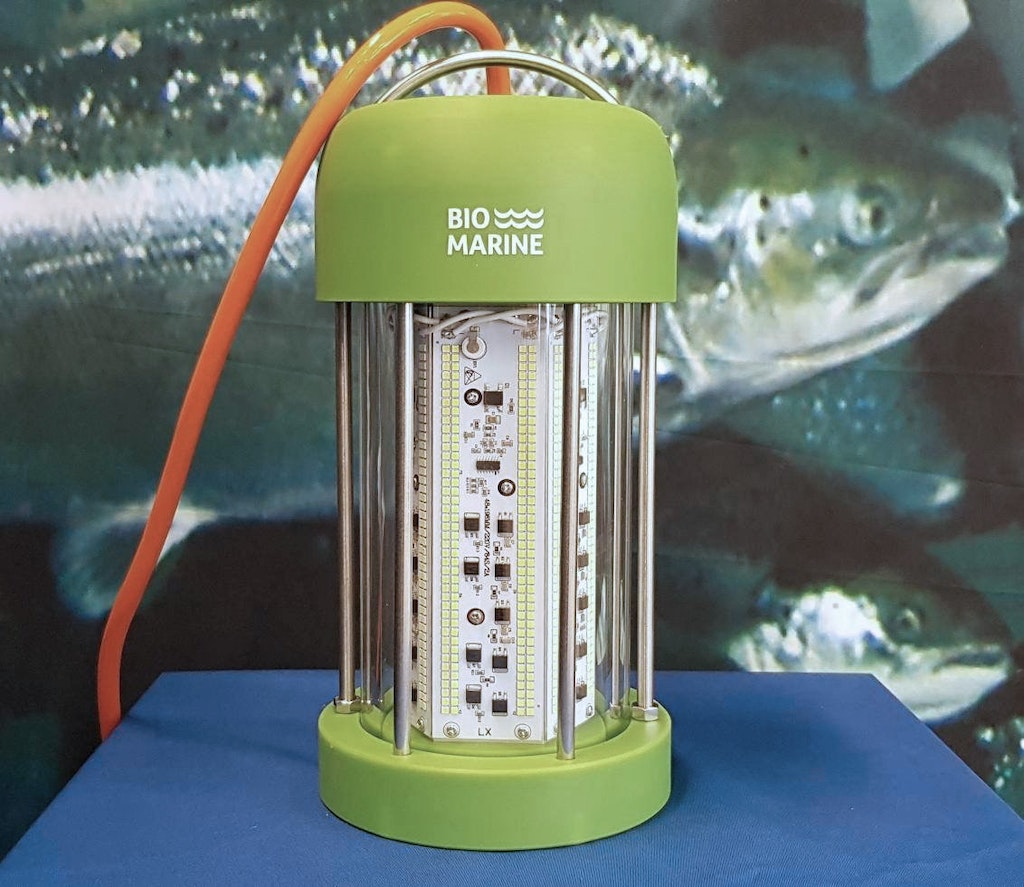 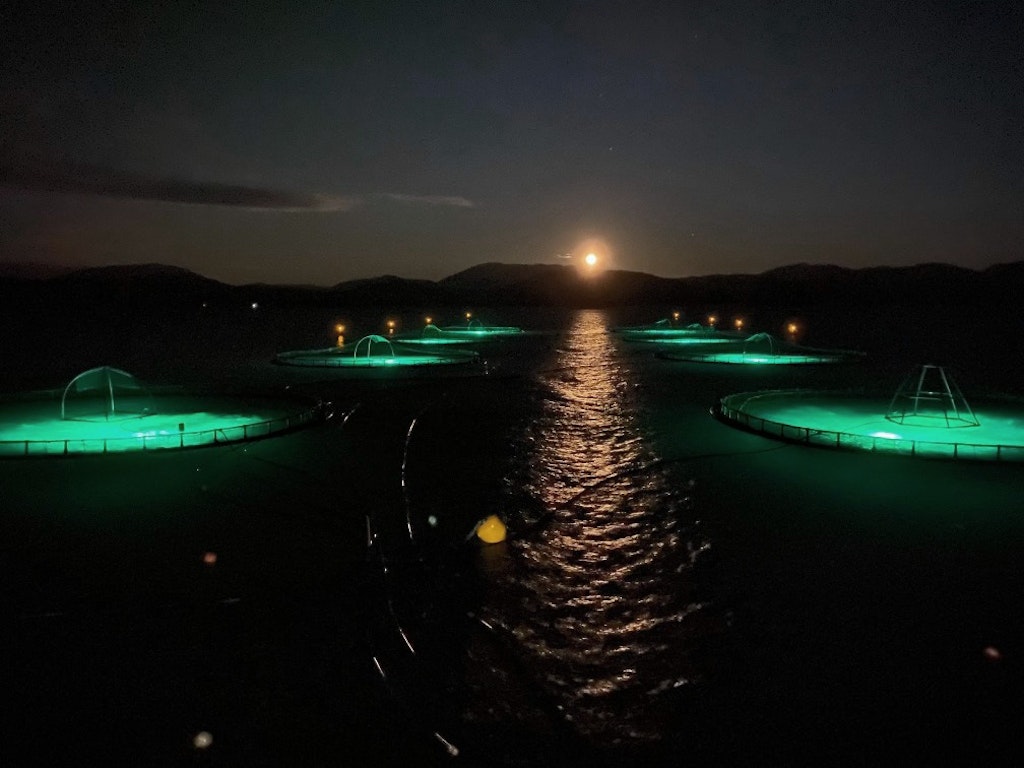 What can we help you with?

We’d love to hear from you!

Do you have any questions about any of our products or services? Feel free to send us an e-mail – or contact one of our talented employees directly!